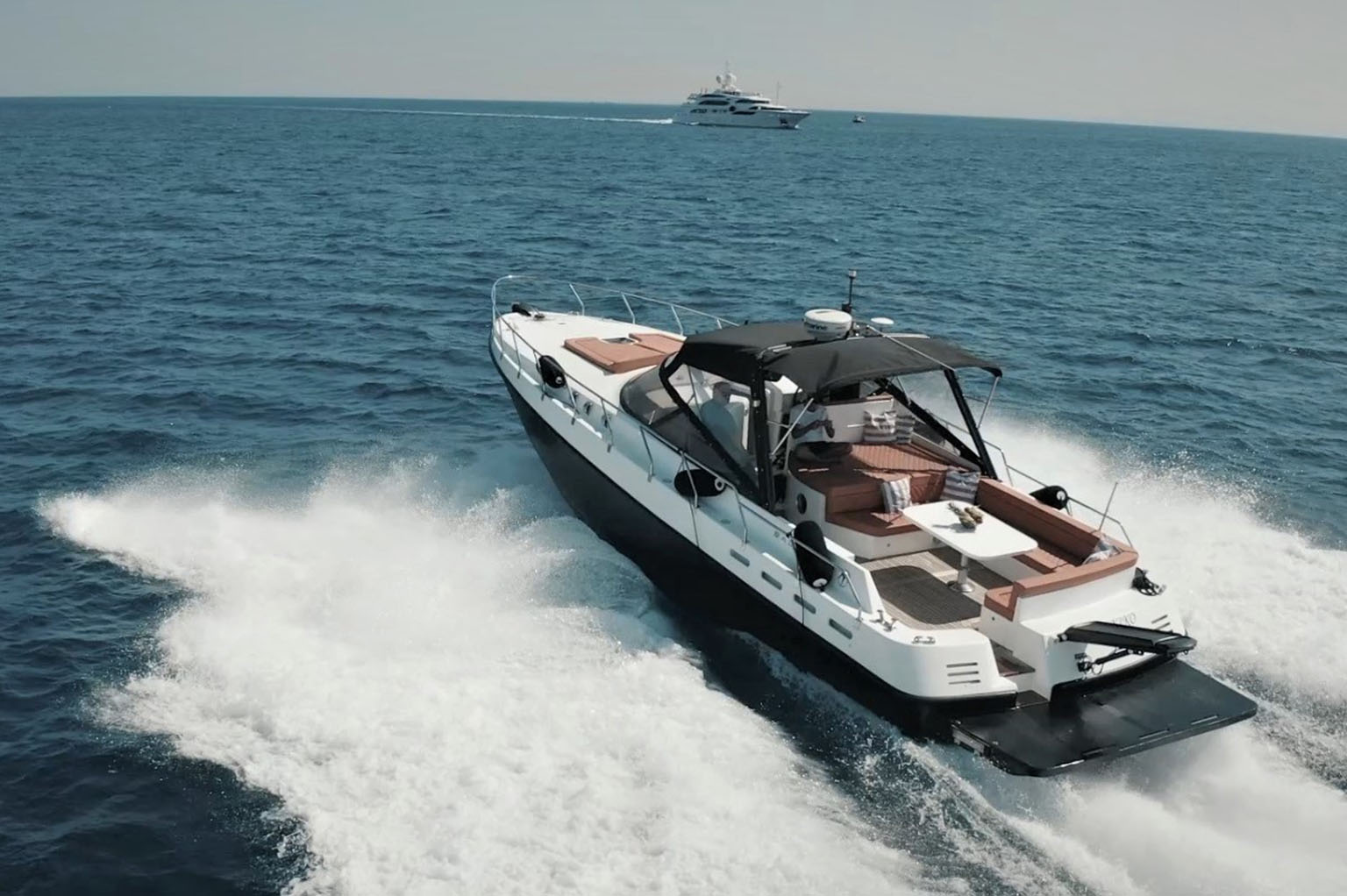 -A day to remember, a memory worth every penny-

WHY A MYKONOS LUXURY YACHT IS A MUST HAVE RENTAL

Mykonos yacht charters are fast becoming one of the most popular Greek islands for A-listers and discerning travellers; the 2021 season was a ‘yacht summer’ as hundreds of Mykonos Luxury guests rented out luxury motor yachts whether the rental was for a daily cruise, with a sunset champagne stop at Little Venice, or to sleep on and discover the island from the comfort of a superyacht.

Mykonos, situated between Paros and Naxos, and within a few cruising minutes next to Rhinia islands and the mystique island of Delos (under the UNESCO umbrella), offers yacht charters with an enviable reputation, being one of the most beautiful islands in the Aegean Sea.  Indeed, its charming architecture and undisturbed beaches are regularly compared with the iconic island of Santorini, only a short distance away.

Mykonos, thanks to its cosmopolitan nightlife, modern seafront restaurants, and sky-blue waters, the island has become a harbor for young celebrities and yacht charterers looking to unwind and to party on the yachts in privacy.

Cozing a unique colourfulness, the historic streets of Mykonos are totally vibrant by day and beautifully lit by night. Known locally as ‘The Island of the Winds’, the climate is utterly inviting throughout the year and just the thing to enjoy after stepping off a superyacht. Populated by movie stars and sophisticated travellers, there are a number of beaches, archaeological sites, and miles of maze-like streets to get lost down.

Whether a vacation is based around romance or simply a chance to enjoy a relaxing environment, Mykonos offers a variety of options to its visitors. The traditional restaurants located on the east side of town, for example, allow guests to enjoy fine cuisine whilst taking in breath-taking views which overlook the Town and the Aegean Sea.

Similar to the atmosphere and character of St Tropez and Ibiza, the seemingly subdued island comes alive at night, with a number of trendy clubs by the beach offering an escape for those keen to party.  As well as taking advantage of the hotspots found on the mainland, charter guests will naturally want to head out on their superyacht to discover the more isolated attractions which surround Mykonos.

With the waters changing from emerald green to turquoise blue along the passage between these destinations, it’s just as enjoyable to kick back and spend time getting to grips with any inflatable toys and tenders available on board.

Having the opportunity to see and do so many unique things in and around Mykonos, charter guests will find with us an opportunity to plan an itinerary which satisfies the particular tastes of their party, to enjoy private chef’s delicacies on board and to party all day and night. 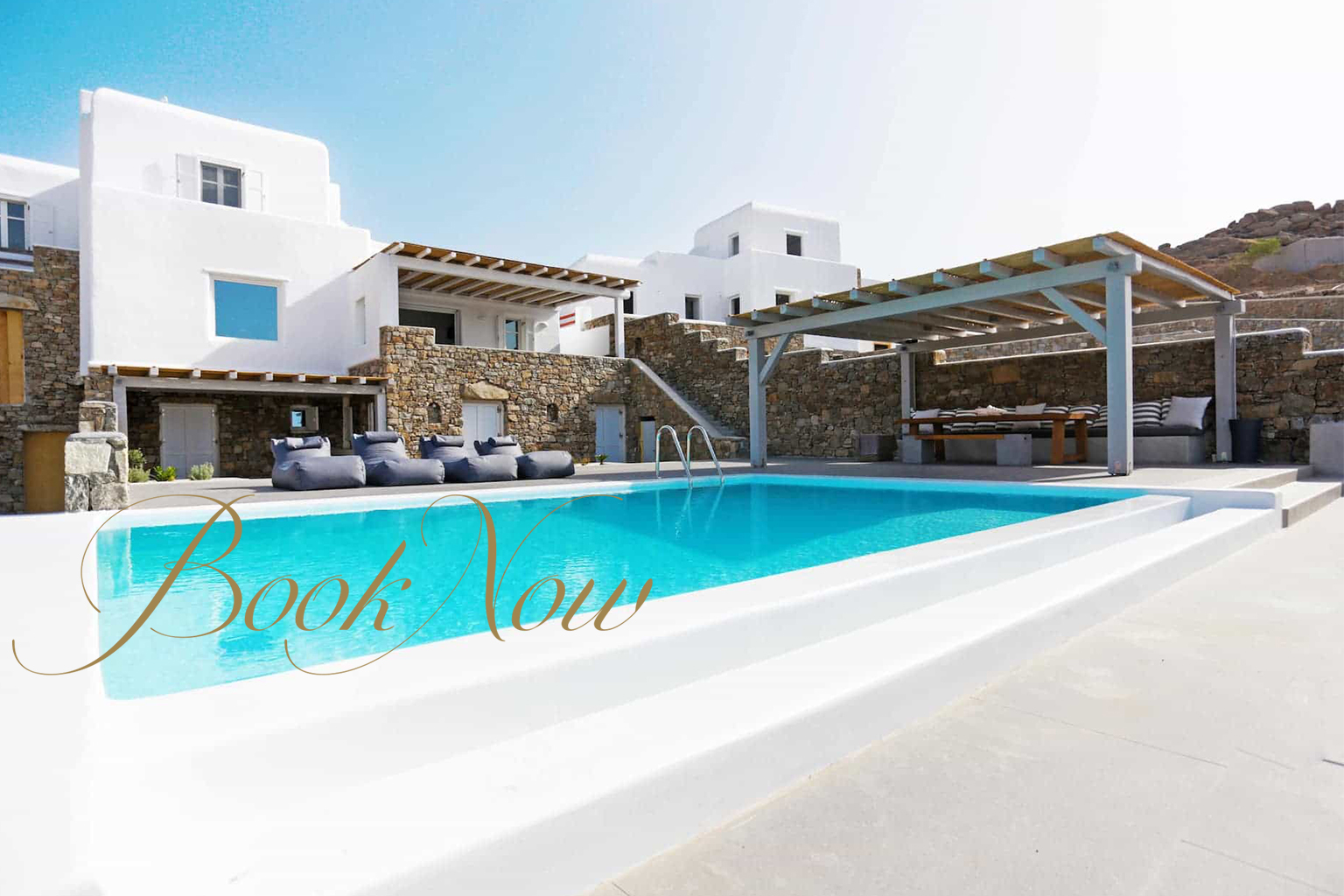 Then get a 10% off the total rental cost of our popular Villa Angelika and enjoy your everyday two minute walk to the only blue flag beach in Mykonos!

Villa Angelika is a popular luxurious new built villa, located within walking distance from the famous Kalafatis Beach, the only beach to be awarded the Blue Flag in Mykonos.

Overlooking the beach and the unique landscape of the surrounding twin hills, called by locals ‘Aphrodite’s breasts’, the property is ideal for those wanting tranquility, nature, view of the Aegean and access to near-by water sports – windsurfing, water skiing, swimming, or snorkeling.

The spacious outdoor living area includes a private pool, shaded lounge with a dining table and a large private parking space. The house is set up in three levels, accommodates up to nine guests in the four fully air-conditioned bedrooms and is equipped with a satellite TV, large and comfortable living areas with a fireplace for the winter, and a fully equipped kitchen room.

The Villa is here to suit every taste!

All June reservations of 5+ days will enjoy a 10% discount! 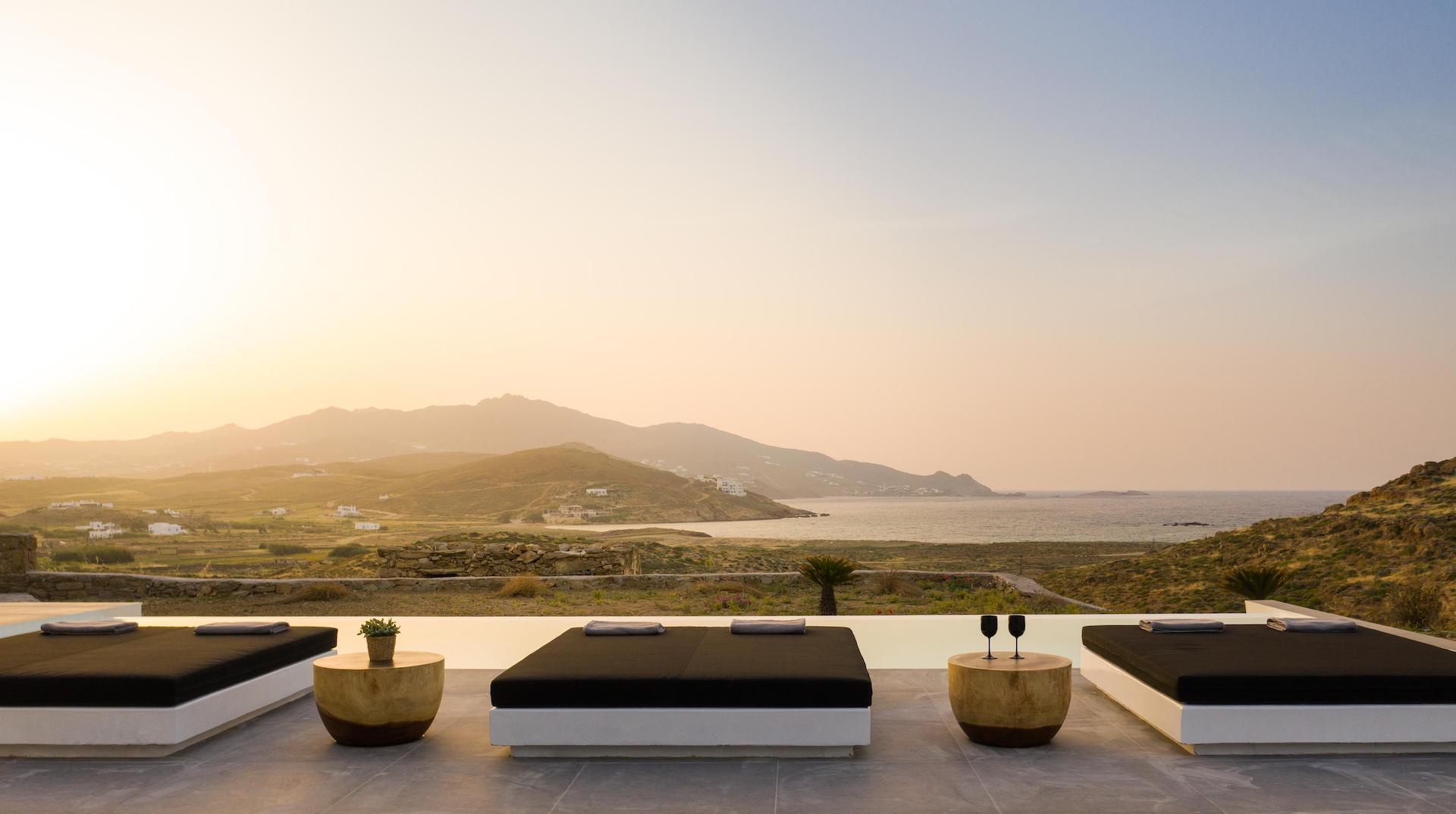 If you have ever wondered which the best time to visit Mykonos Island is, then this post is for you. Mykonos is a highly popular island in the Greek Cyclades cluster, known far and wide for its glamorous aura and cosmopolitan flair. It has been in the jet set spotlight for a handful of decades, being visited at various times of year as it is in fact an island capable of offering the visitor a wide range of experiences.

The Season begins in April, when the weather starts to warm up and Orthodox Easter which this year is on 2nd May, attracts tourists from everywhere around the globe. Easter melancholic rituals bring a mystic aura to the island and create a unique atmosphere with all lights being dimmed and the music of bars and restaurants turned off as the Epitaph passes by the narrow white pedestrian streets of the Mykonos Town.

Easter is the turning point when Mykonos emerges from its winter stillness, and prepares to be the cosmopolitan destination with the abundant joy it offers its guests.  The island is re-energized and ready to host another “summer” season, full of new experiences. Spring in Mykonos is one of the most pleasant times of the year in terms of both weather and crowds. The prices are lower during spring, so you can find some excellent deals on both Villas and flights, particularly at the beginning of the season. You can enjoy a lot of great food and have access to the best restaurants without long queues. You will find tons of cafés and bars to relax at and music playing on every corner. The service is also better, and you will probably get to know a lot of local people when going out for dinner.

What to do in “spring” Mykonos

Visit the charming Chora, where you can spend an entire day walking and sightseeing. Take a walk through the Venetian Castle with its ancient ruins and a view of the village. Visit the Odysseas Elytis Theater and enjoy the surroundings while having a nice break. Bring a small picnic with you and enjoy the quiet setting here in spring. Then, continue to Panaghia Gremiotissa – the highest spot of the village, and watch a beautiful sunset.

You can enjoy a lot of great food and have access to the best restaurants without long queues. You will find tons of cafés and bars to relax at and music playing on every corner. The service is also better, and you will probably get to know a lot of local people when going out for dinner.

Take a day-trip to Delos Island – a Monument of International Cultural Heritage. It is a perfect place for exploring the island’s and Greece’s history, where you will find several archeological exhibits. Visit the Archaeological Museum of Delos that is one of the most important museums in the country. Here, you will find the significant findings from the excavations on Mykonos.

Go and see the Three Wells that provided the water to the entire town in the 18th century, up until the 1950s. The saying is that if you drink from one of the wells, you will one day return to the island. Continue to the Manto Mavrogenous square near the old port and visit the Town Hall as well.

Stand anywhere on this whitewashed island and breathe in.  Keep the oxygen produced by the Aegean Sea into your lungs and fell reborn, reenergized and rejuvenated just by breathing!  This is Mykonos!

Weather in Mykonos by month

Mykonos Weather in March: Weather is still cool but winter is ending and businesses are slowly starting to open. Almost half of the restaurants and hotels will be open by the end of the month.

Mykonos Weather in May: By mid-month summer feels like it’s arrived. All hotels and restaurants are open, the weather is getting nice, the beaches clubs are opening, and tourists are starting to arrive in significant numbers. There is plenty of nightlife options in Mykonos Town.

Mykonos Weather in June: Great weather, everything open, and nightlife is thumping. Beach parties with DJs start about mid-month.

Mykonos Weather in July: Almost the height of summer but still a little quieter than August. Hot weather, huge beach parties, and Mykonos Town bars are crazy (and fun).

Mykonos in August: The busiest month on Mykonos with the most club parties, the craziest nightlife (in town and at the beach), and beautiful weather (though it can be windier than July and September).

Mykonos Weather in September: The nightlife and activity quiets a bit but still lots going on, everything open, and great weather. The last big club party takes place sometime around mid-September.

Mykonos Weather in October: Early October is still tourist season with good beach weather and nightlife in Mykonos Town but by mid-month many hotels and restaurants start to close. By the end of October the island is feeling very quiet.

Mykonos Weather in November: Almost like winter but there’s still a little bit going on in Mykonos Town. With some good luck and a late-season warm spell it’s possible to swim in early November but for the most part the beaches are deserted.

Mykonos Weather in Winter (December to February): The island is very quiet in winter. Weather is temperate by northern European standards – warmish, sunny days are not unusual – but be prepared for plenty of rain, grey skies, and chilliness.